The Earl W. Kintner Award for Distinguished Service is presented as a lifetime contribution award to an FBA member who has displayed long-term outstanding achievement, distinguished leadership, and participation in the activities of the association’s chapters, sections, and divisions throughout the nation over a career of service.  The prestigious award honors the late FBA National President Earl W. Kintner, whose two terms (1956-57 and 1958-59) and continued service to the association and its affiliated organizations (president of the Foundation of the FBA and the Federal Bar Building Corporation) serve as the highest standard of dedicated service.  The Kintner Award is not intended to recognize purely local contributions, no matter how worthy.

In accepting the Kintner Award, Dowd noted, “Now, more than ever, the FBA’s efforts in support of civility and the rule of law are critical to our American experiment in democracy.”  Dowd described how many FBA Past Presidents had supported transforming the sleepy Empire State Chapter into vibrant chapters serving the Southern, Eastern and Western Districts of New York.  Dowd advocated to bring the FBA National Convention to New York in 2018, including a police-escorted walk across the Brooklyn Bridge organized by Ernest Bartol and Dina Miller of the EDNY Chapter.  He credited his firm’s supportive culture and noted that three Dunnington partners, William Dahill, Donna Frosco and Olivera Medenica have served as SDNY FBA Chapter Presidents.  View Dowd’s Acceptance Speech.

According to Dowd, U.S. District Court Judge Loretta Preska is the person who most contributed to his success in the Federal Bar Association.  He fondly recalled her pivotal role in a ceremony at Federal Hall in New York City to celebrate the 1789 founding of the U.S. Marshals Service.  “She always showed up for me. Always.”  Dowd also thanked three Deans of Fordham Law School, John Feerick, Michael Martin, and Matthew Diller for their support and Assistant Dean Toni Jaeger-Fine for her support of the FBA International Section’s LLM Mentoring Program led by SDNY Chapter President Judge Mimi Tsankov.

“This beautiful award will always be a reminder of my FBA friends nationwide.” 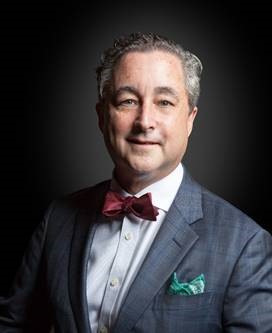 For over two decades, Raymond J. Dowd has served as lead counsel in high-stakes, high-profile litigations and arbitrations in New York.  His critically-acclaimed Copyright Litigation Handbook (Thomson Reuters/Westlaw) has been cited by the judiciary.  His work in recovering Nazi-looted art has gained international prominence.  He serves as an adjunct professor at his alma mater Fordham Law School.

In 2018, Network of Bar Leaders awarded Mr. Dowd the Hon. Harold Baer, Jr. Award for service to the bench and bar.  In 2019, Fordham Law School awarded Mr. Dowd the Roger Goebel Award for outstanding international service to the law school. Mr. Dowd serves on the Board of Directors of the Fordham Law Alumni Association and chaired the law school’s International Law Affinity Group (2016-2019).  He serves on the Board of Governors of the National Arts Club and is a member of the Village of Westhampton Beach Conservation Advisory Council.

Mr. Dowd is admitted to practice law in New York State, the U.S. District Courts for the Southern and Eastern Districts of New York, U.S. Court of Appeals for the First, Second, Fifth, Ninth and Tenth Circuits, U.S. Supreme Court, U.S. Tax Court and U.S. Court of International Trade.  He is fluent in French and Italian.

About the Federal Bar Association

Founded in 1920, the FBA is a 19,000+ professional association of judges and lawyers in federal practice across the US.  Its mission is the promotion of the welfare, interests, education, and professional development of attorneys involved in federal law.  The FBA serves as the catalyst for communication between the bar and the bench, as well as the private and public sectors. www.fedbar.org