New Opportunities in Corporate Finance for Domestic and Foreign Companies

On April 5, 2012, the Jumpstart Our Business Startups (JOBS) Act was signed into law by President Barack Obama.

It is comprised of six titles, the last of which went into effect in May of 2016. The JOBS Act contains seminal changes to U.S. federal securities law. The legislation effectively deregulates in the areas of capital raising and SEC reporting.

This article shall serve to (i) provide a summary of the JOBS Act and (ii) highlight key considerations for non-U.S. companies in connection with the legislation.

General Summary of the JOBS Act

Title I, also commonly referred to as The IPO On-Ramp, is designed to facilitate the process of going public.  It applies to companies with less than $1 billion in annual gross revenues (“emerging growth companies”, or “EGCs”), providing EGCs with the option of scaling their disclosure and compliance requirements gradually in connection with an IPO.  The advantages include:

Crowdfunding refers to a means of raising funds by which small amounts are solicited from a large number of people.  Under the JOBS Act, brokers and funding portals can serve as intermediaries for fund raising.  The amount of annual investment per investor is subject to restrictions based on the investor’s annual income.  An issuer is permitted to raise up to $1 million over a 12-month period.  The issuer has certain disclosure requirements with the SEC, its intermediary and (potential) investors.  Annual reports are required on the issuer’s operations and financial statements and the issuer is required to use U.S. GAAP.  Under Title III, the full funding goal must be met or no sales of securities shall occur.

Relief provided under the JOBS Act in connection with IPOs applies to FPIs, including that of a confidential filing of an IPO registration statement, the ability to communicate with institutional investors before filing papers, the distribution of pre-IPO research, relaxed disclosure requirements and reporting requirements in connection with Sarbanes-Oxley and Dodd-Frank.  The SEC has made clear that the relief provided under the JOBS Act will benefit FPIs in addition to the existing concessions for SEC-registered IPOs afforded to foreign private issuers (vis-à-vis Form 20-F concessions).

With respect to Articles V-VI, Exchange Act registration threshold requirements have historically not been an issue for FPIs due to Rule12g3-2(b), which relies on the availability of home country disclosure.  The JOBS Act can assist certain FPIs that do not wish to make the required 12g3-2(b) disclosures. 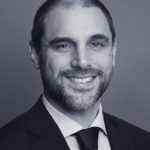 Mr. Frank’s clients come from a variety of industries, ranging from large public and private to early stage companies. He advises on private equity investments and capital raising transactions. Mr. Frank counsels companies in the digital currency sector and he has significant experience advising tech companies.
Prior to joining DBM, Mr. Frank worked as an associate at the law firm of Jones Day and spent a portion of his career working in China.

Mr. Frank is proficient in Spanish and conversant in Mandarin. He is admitted to the bar of the State of New York. Mr. Frank received his Juris Doctorate from Benjamin N. Cardozo School of Law and his Bachelor of Arts from Dartmouth College.

Audrey Hourse is a French law graduate of Paris II Assas and Paris I la Sorbonne. She studied both French and German law and lived in Germany for three years where she obtained an L.L.M in German business law from Cologne University. She graduated in May 2016 with an L.L.M in Banking, Corporate and Finance from Fordham School of Law.

She is a French native and speaks English and German fluently.