Immigration Laws in the U.S.

Since President Trump won the election in November 2016, Immigration has been one of the most debated topics in the United States.

As we have a hard task to follow the alterations and updates on regulation, we intend to (1) provide with an overview on some important work visas; (2) share some of the new measures already taken by the U.S. government; and (3) show our practice of Immigration Law.

H-1B visa: The U.S. H-1B visa is a non-immigrant visa that allows U.S. companies to employ graduate level workers in specialty occupations that require theoretical or technical expertise in specialized fields. The visa applicant must be sponsored by an employer, and the job must be one in a defined list of job areas, as outlined by the law. Currently, H-1B visas are allocated by a lottery system. It has an initial duration of 3 years which can generally be extended up to 6 years.

L-1 visa: L-1 visas are available to employees of an international company with offices in both the United States and abroad. The visa allows such foreign workers to relocate to the corporation’s U.S. office. There are two types of employees who may be sponsored for L-1 visas:

The executive or manager should have supervisory responsibility for professional staff and/or for a key function, department or subdivision of the employer. L-1A visas are initially issued for a 3-year period extendible in two year increments to a maximum of 7 years.

This category covers those with knowledge of the company’s products/services, research, systems, proprietary techniques, management, or procedures. L-1B visas are initially issued for 3 years extendable to a maximum of 5 years.

E-1 (Treaty Trader) and E-2 (Treaty Investor) visas: E-1 and E-2 visas are devised for citizens of countries with which the United States maintains treaties of commerce and navigation. Nationals of countries with such Treaties can obtain visas to work in the U.S. in order to develop and direct their investment in and/or trade with the U.S. under the E-2 and E-1 visa schemes.

The E-2 visa is for those who have made a significant investment in a U.S. business in which the investor has at least a 50% ownership. The investment must be sufficient to provide employment for a number of people in the U.S., and must be in an active U.S. business.

However, on March 15 and March 16, 2017, the ban was temporarily blocked two federal judges in Hawaii and in Maryland. The nationwide decisions granted a temporary restraining order and blocked enforcement of the revised Executive Order, which failed to meet a secular purpose, violated the Establishment Clause, and was deemed religiously discriminatory.

The bills would, among others:

These changes would require all employers using outsourcing services to rethink their hiring practices and immigration strategies.

Dunnington’s immigration practice area concentrates on providing legal assistance to companies and individual clients in matters involving business immigration, family immigration, citizenship, removal defense, asylum, and federal court litigation. Our immigration partners handle: (1) Assistance with applications for permanent residency, “Green Card”, to the United States; (2) Naturalization matters; (3) Visas for investors and entrepreneurs; (4) Visas for intracompany transferees; (5) Visas for the temporary employment of foreign workers in specialty occupations in the United States; (6) Visas for individuals who possess extraordinary ability in the sciences, arts, education, business, or athletics, or who have demonstrated a record of extraordinary achievement in the motion picture or television industry; (7) Training, Internship, and Cultural and Educational exchange visas; (8) Visas for health care professionals; and (9) Visa assistance to international students and scholars. 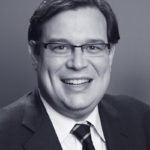 Nicola Tegoni is a member of DBM’s immigration practice group. His practice is exclusive to U.S. Immigration Law. Mr. Tegoni represents and counsels companies and individual clients in business immigration, family immigration, citizenship, removal defense, federal court litigation, and asylum. He is an active member of the American Immigration Lawyers Association (AILA), the preeminent national bar association of attorneys who practice and teach immigration law. He is a member of the Bar of the Supreme Court of the United States, of the Commonwealth of Massachusetts, the United States Court of Appeals for the First Circuit, and the United States District Court for the District of Massachusetts. Mr. Tegoni is a member of the New York City Bar Association, the Federal Bar Association and he also serves as a Pro Bono Attorney for The City University of New York Citizenship & Immigration Project and as a Pro Bono Attorney for the New York City Immigrant Advocacy Initiative (NYCIAI). He is Counsellor at the Permanent Observer Mission of the Sovereign Order of Malta to the United Nations, and he is a Board Member of the Italian American Committee on Education (IACE).

Audrey Hourse is a legal intern at DBM. Prior to joining DBM, she worked at Gray Tolub LLP in New York where she gained experience in real estate and corporate law. Audrey is a French law graduate of Paris II Assas and Paris I la Sorbonne. She studied both French and German law and lived in Germany for three years where she obtained an L.L.M in German business law from Cologne University. She graduated in May 2016 from a L.L.M in Banking, Corporate and Finance at Fordham School of Law. Audrey has served for the past four years and continues to serve as an Editor and Drafter for the French law Journal “Le Petit Juriste”. She also served as a member of the “Fordham Journal of Corporate and Financial Law” Editorial team and is now the Managing Editor of our Cicero Newsletter.