On August 7, the U.S. Court of Appeals for the Eleventh Circuit upheld the ruling of a Georgia jury awarding $1.9 million to Luxottica finding the landlord of an indoor flea market in Georgia liable for contributory trademark infringement when the landlord had “constructive” knowledge of the subtenants’ sale of counterfeit eyewear, including knockoffs of Ray-Ban and Oakley brands. The Court agreed that evidence of law enforcement raids and other incidents were specific enough to show that the landlord knew of the infringement and exhibited “willful blindness” to the illegal conduct. In the Court’s unanimous opinion, U.S. Circuit Judge Jill A. Pryor wrote that numerous questions of first impression were presented in the appeal, including whether contributory infringement requires a plaintiff to prove that defendants had actual or constructive knowledge of a specific infringing act. However, Judge Pryor wrote that the Court would not comment on this question because “[e]ven if specific knowledge is necessary, the trial evidence was sufficient to prove that the defendants had at least constructive knowledge of specific instances where their subtenants infringed Luxottica’s marks.” She explained that if the defendants had conducted a “cursory visual inspection” of their facility after being notified of the infringement, the sales of counterfeit eyewear would have been apparent.

On August 6, the trademark owner for a popular 55-year-old bar and entertainment venue called “Flora-Bama,” located on the Alabama-Florida state line, sued MTV owner Viacom Inc. and the producers of the company’s television show “Floribama Shore” claiming that the producers knew of their famous trademark because they held casting calls at the bar, and sought to film there. Now in its third season, “Floribama Shore” features the drama-filled summer of eight young adults living together in the Florida Panhandle. Flora-Bama alleges that it refused to allow MTV to shoot there because it would have “severely harmed” the bar’s efforts to pursue creating their own show, which it planned to do. After Viacom refused to comply with the bar’s cease and desist letter, Flora-Bama asked the court for an injunction to force the show to stop using its trademark, and for damages from a portion of the show’s profits. This case is pending in the U.S. District Court for the Northern District of Florida Panama City Division.

Antetokounmpo had registered the “Greek Freak” trademark with the USPTO in February 2018 in connection with shirts, t-shirts, and other sports merchandise, and is one of many NBA super stars who have registered trademarks for their nicknames.

Antetokounmpo initially sought injunctive relief from further acts of infringement, along with money damages. However, the case has now settled for an undisclosed amount. The reigning MVP continues to be on the defensive as he is suing yet another company called “Viral Style” for selling merchandise with the Greek Freak trademark.

Earlier this month Judge Naomi Reice Buchwald of the Southern District of New York dismissed a declaratory judgment lawsuit filed by media conglomerate Viacom International Incorporated (“Viacom”) against Charles Armstrong and his company, Armstrong Interactive, Inc. (“Armstrong”), seeking a declaration that Viacom’s use of the trademark “Double Dare” did not infringe Armstrong’s claimed rights in the mark. Some millennials might remember Double Dare as the name of a popular 1980s children’s trivia challenge series, where giving the wrong answer could result in a contestant being doused with icky neon green slime. The game show first aired in October 1986 on the cable network Nickelodeon, a subsidiary of Viacom.

Viacom held registrations for the Double Dare trademark until 2002, when it allowed the last of its registrations to expire. In January 2018, Armstrong, apparently known for its history of “capitalizing on the goodwill associated with past television series,” filed an intent-to-use application seeking to register the mark in connection with “entertainment, namely a continuing children’s show, and segments thereof, broadcast over television, cable television and the internet,” among other forms of digital media. When Viacom and Nickelodeon announced plans to relaunch Double Dare only three months later in April 2018, Armstrong sent Viacom multiple cease and desist letters threatening “to enforce [its] rights to the fullest extent in the event that Nickelodeon moves ahead with its plans.” Although Armstrong’s applications to register the Double Dare mark had not yet been granted, one letter stated: “It is Armstrong Interactive’s intent to fully prosecute its applications and, when they are granted, to bring action against Viacom for [willful] infringement.” Both letters offered to discuss licensing the Double Dare mark to Nickelodeon. Rather than accede to Armstrong’s demands, Viacom sought declaratory relief and separately opposed Armstrong’s pending application before the Trademark Trial and Appeal Board (“TTAB”).

In dismissing the declaratory judgment lawsuit, Judge Buchwald cited “uncertainty as to whether or when Armstrong will have enforceable rights to the Double Dare mark” as a basis for finding the parties’ dispute “too speculative and too remote to sustain federal subject matter jurisdiction.” The Judge also found that delaying adjudication of the parties’ dispute would not result in significant harm to Viacom, in part, because the present controversy did not concern Viacom’s infringement of the mark (which was not an issue so long as Armstrong could not claim an ownership interest in the mark), but rather, which party had priority in the mark–an issue over which the TTAB has exclusive jurisdiction. The Court also found that the case did not otherwise represent an exception to the “present justiciable controversy” standard for obtaining declaratory relief and granted Armstrong’s motion to dismiss. The case is Viacom International Inc. v. Armstrong Interactive, Inc. et. ano, 18-cv-6117 (NRB).

Last month, Mondelez Canada Inc. (“Mondelez”), who owns several well-known confectionary brands, including “Sour Patch” candies, sought an order from a California federal court forcing Google, Facebook and Instagram to disclose the owner of email and social media accounts that advertise cannabis-infused gummies under the name “Stoney Patch.” The application also seeks to take limited discovery on the persons or entities identified as the account holders, “for the purposes of determining whether or not the actual account owners are the proper defendants in this action.”

Mondelez sued the owners of Stoney Patch for trademark infringement, trademark dilution, trade dress infringement and unfair competition in June of this year, but have not yet identified the entity behind the brand. In its application to the California court, Mondelez stated that the that the unidentified infringer has remained “elusive,” taking a “series of deliberate measures to shield themselves from detection by authorities.”

Mondelez’ lawsuit alleges that the packaging of Stoney Patch gummies is virtually identical to that used by Mondelez for its Sour Patch gummies, and that extra-judicial attempts to block the product from the market have failed. One such attempt included contacting the California Department of Health to complain that Stoney Patch’s packaging violates state laws prohibiting cannabis companies from marketing their products using packaging that appeals to children.

In the California lawsuit, Mondelez describes its packaging as consisting of “a yellow center with green dabs at the edges that allows the yellow to peak[sic] through. In the center, are the words, SOUR, PATCH, and KIDS stacked one atop the other in the colors green, orange and red, respectively. . . . The packaging further shows the appearance of the actual gummy kids around the outside of the packaging.”

Mondelez wants an order blocking Stoney Patch from using all packaging that infringes on its product and forcing the owner to turn over all merchandise utilizing the infringing packaging. The case is Mondelez Canada Inc. v. Stoney Patch et al., 2:19-cv-06245 (D. Cal. 2019). A link to the case docket can be found here.

On August 12, 2019, Milkcrate Athletics Inc. (“Milkcrate”) sued Adidas North America Inc. (“Adidas”) for trademark infringement. Then a week later, on August 19, 2019, Milkcrate filed another trademark infringement action against Under Armour Inc. (“Under Armour”). Milkcrate alleges that both Under Armour and Adidas had expressed an interest in collaborating with Milkcrate, resulting in Milkcrate sharing its ideas and designs with both companies. The New York streetwear company further alleges that instead of pursuing any collaboration with them, Adidas and Under Armour decided to create and distribute a series of t-shirt reproducing names and symbols similar to its trademarks. In both suits, Milkcrate seeks an injunction to stop Under Armour and Adidas from using its trademarks, and to recall and destroy all allegedly infringing goods. Milkcrate also seeks all profit resulting from the sale of the allegedly infringing products. 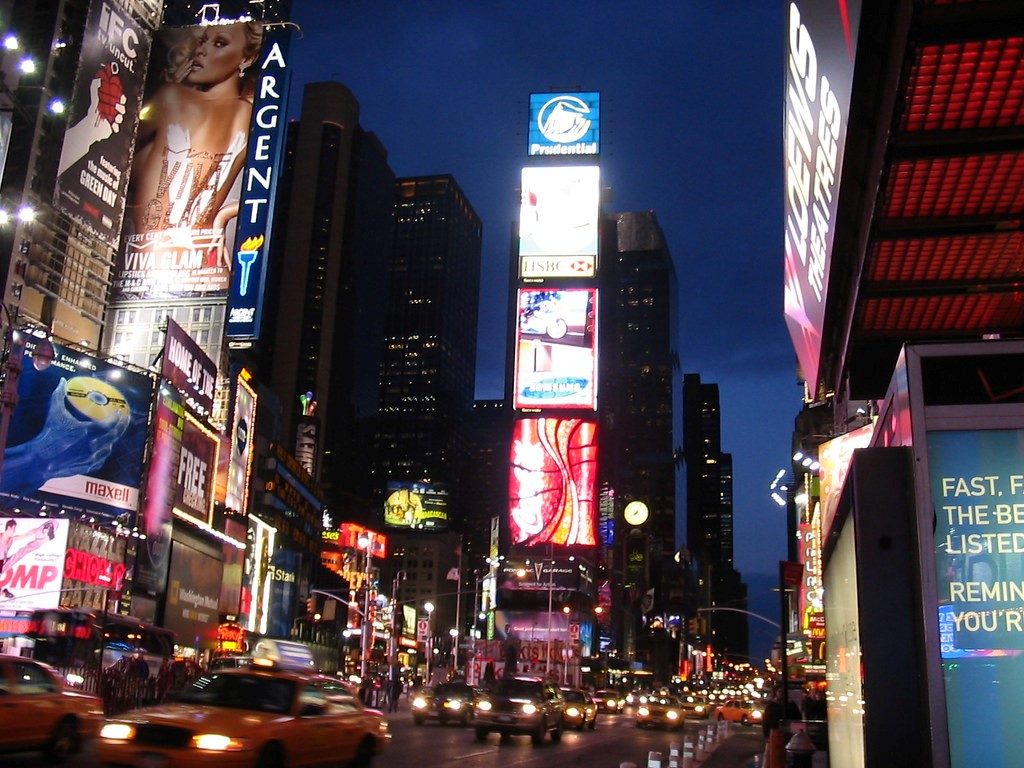